Jacinda Ardern: The best leader the world has  – Liberal Article

After 102 days of freedom, New Zealand has recently had its third outbreak of coronavirus. 101 of cases have resurfaced, dragging the country back into battle. Jacinda Ardern, the country’s Prime Minister, has enforced another lockdown. The virus, succumbing to two defeats, wants to fight the island nation once more.

This has made easy pickings for leaders like Trump. The President’s sharp comments mocked Ardern’s handling of the pandemic. What was once the shining example, he stated, is now nothing more than a mistake. So long to New Zealand’s squeaky clean reputation right?

Ardern, defending herself, stated she was ‘very proud’ of how New Zealanders have dealt with the pandemic. In truth, she is one of the few World leaders who can honestly say this. Sidestepping her modesty, Ardern’s response has been tough and swift. Her requests were clear. The calls for social distancing and efficient testing have been resoundingly successful. Trump’s comments are devoid when you compare her success against his.

Ardern has achieved nothing short of a miracle. Twice. And I believe she can pull it off again. She is undoubtedly one of the best leaders the world has right now.

To understand why, let’s backtrack slightly. The comparison between Trump and Ardern is worth savouring.

Some leaders rule aggressively. According to the Business Insider, this is the case of Trump. A public display of superiority is always necessary, whether it be through misplaced confidence, an unwillingness to listen to others, or even brute force. But aggressive leadership is rooted in deep insecurity. This lack of inner, genuine confidence results in a reign of threats and fear. Authenticity vanishes. Humility crumbles. Macho ‘strength’ is what seemingly matters.

Ardern leads differently. She recognises that real strength comes from building up, not tearing down. She doesn’t ignore challenges, but works with them. That takes true self-confidence.

Driving all this, though, is a single two-word phrase. Be kind. Because of this, Ardern has transformed her government’s approach. No longer is raw growth the sole desire. ‘National Well-Being’, a concept popularised by Amartya Sen, is her main priority when organising the budget. True, economic success and national well-being go hand-in-hand, but the former should never outdo the latter. Her focus on her people’s health resulted in a shorter lockdown, meaning a quicker economic bounceback than most other countries.

Yet for many, the phrase ‘be kind’ is still extremely vague. How do you lead a country off of two words?

The response to the Christchurch mosque shootings provides us with an answer.

Ardern’s actions were compassionate, yet decisive. There was an immediate, humane response. She mourned and worked with Christchurch’s Muslim community face-to-face, offered to pay for the funerals of the deceased, and decried the racism that resulted in this tragic event. Seeing her people’s suffering first-hand, Ardern did not stand for any nonsense. Gun laws were significantly tightened, banning all semi-automatic weapons and assault rifles. Leading the nation’s mood by example, Islamaphobic rhetoric across the country was harshly challenged.

Ardern’s response removed the cold veneer of politics to expose its human elements. Her authentic approach displayed to the world how strong and respectable her leadership is.

That isn’t to say that Ardern has had her faults. Her time in office has not been spotless. An example is her handling of New Zealand’s housing crisis, one of the worst in the developed world. KiwiBuild, an overly-ambitious and problematic scheme to construct more council houses, was scrapped after a year. It was nothing short of a failure.

However, housing minister Woods said it best: ‘When policies aren’t working, we are honest about them’. An attitude of honesty retired a flawed scheme and made way for new plans.

Ardern and her government, unlike many others, have admitted to their mistakes. They made room for improvement. Perhaps that’s why New Zealand’s approach to homelessness in the pandemic has far exceeded expectations.

Strong, compassionate, and above all, human – Labour Response

I want to start this response by saying I am so glad Frank has written this article; it’s about time Jacinda Ardern’s greatness was highlighted in a POI article. Honestly, he beat me to it.

Anyone who knows me knows that I love Jacinda Ardern. I can’t stop talking about her. Why? In a world full of somewhat reckless leaders and uncertainty, her pragmatic approach allows for hope, not fear, providing a much-needed unity which many nations are lacking.

Some, I’m sure, would be quick to attribute Ardern’s warm, kind leadership to her gender. But for me, she has a human approach to politics – not one overwhelmed by power-hungry institutions, or self-involved individuals. Ardern truly epitomises all the qualities of a great leader.

I also agree with Frank that Ardern’s response to the Christchurch mosque shootings was both appropriate and respectful. The compassion she exhibited really demonstrated her Amartya Sen-like leadership – something more leaders should willingly embrace. Ardern, in fact, told Trump to show more sympathy for Muslim communities, and to express love. A necessary and natural human reaction of a leader who simply “seems quite ordinary”.

When comparing Ardern to Trump, Frank has said it all. They are very different leaders. While I’m sure you can safely guess who I prefer, I’ll let you decide which leadership type is better.

I would, however, like to look at Jacinda Ardern in comparison to Boris Johnson and the current UK government. In the UK, far too often, we have seen the prioritisation of economic success over national well-being. You only have to look at Johnson’s easing of lockdown to realise this. He has been criticised massively for easing restrictions when he did, with many claiming it was done too quickly, with little concern for health and well-being. Is this criticism justified? I think so. Ardern handled New Zealand’s similar situation very differently, and the results have shown to be more positive.

We can also make a comparison between the two with regards to admitting mistakes. Recently, the UK government was forced to make a huge U-turn given the whole A-level results scandal. While they did, in theory, admit to their mistake, I am not convinced it was motivated by the right reasons. There are still plenty of remaining differences, between Johnson and Ardern, regarding this.

My reasoning for drawing on such comparisons is because I would love to live in a country with a leader as present and passionate as Jacinda Ardern. Who wouldn’t? I agree with Frank, Ardern is without a doubt the best leader the world has at the moment.

To begin a somewhat compliant response, much like my Labour colleague, I too am in complete agreement with Frank’s article. It is very hard not to be.

What I love about Franks argument is that he has been both appropriate and realistic, articulating his points with sensibility. His article is not one rooted in extremist Feminism claiming that men are incompetent, and women should rule the world – as that itself would be deeply unequal too! Frank instead justifies his claim of Ardern as “the best leader in the world” using non-gendered characteristics, such as her leadership styles and history of enacted policies. This only furthers my admiration and respect for her, with Frank’s article exemplifying perfectly how female leaders should be written about: praised for their successes but not in a manner that desperately attempts to justify their worth in politics.

For me, the most exciting point of this article was its trade-off between economic success and national well-being. Can they ever go hand-in-hand? Unlike Trump, Ardern is attempting to change the tone of the time. She is one of very few leaders to equalise national well-being and economic growth, placing them both at the centre of the policy-making table.

If other leaders had the same moral sensibility and self-confidence of Ardern, I think we would have much more transparent and effective governments… ones which truly serve their people.

It really boils down to what it takes to be a successful leader. Or in other words, what makes Ardern so successful? As proven, a leader should be kind, confident, show humility towards their people, accept challenges, and adapt to overcome them. They should be able to own up to and then scrap ineffective policies when necessary, being decisive enough to do so. We can only hope that Ardern’s qualities are equally as admired by other current heads of state, and their governments, as they are by Frank, Abi and myself. 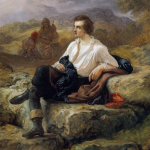 I am a first year student reading Politics, Philosophy and Economics at the University of Exeter. After completing my degree, I wish to go on to study Public Policy at a postgraduate level.

Feeding Children Should Not Be A Debate! – Liberal Article