It is not shocking that Pope Francis has come out in support of same sex unions.

He has always hinted at his support for same sex marriage but this is the first time he has supported the union as Pope. He stated that  ‘Homosexual people have a right to be in a family’ in documentary film Francesco premiering this year.

This is a step forward for the modernisation of the Catholic Church, but I think his words must go further.

Homosexuality has consistently been upheld as ‘objectively disordered’ in the Catholic Church; neither homosexual unions nor homosexual sex have ever been permissible. Since all Popes represent an all-powerful, all-knowing Being, it is very difficult for them to contradict each other.

In light of this, it is significant that the Pope is contradicting his predecessors. By recognising that gay people have a right to a ‘civil union’, he has taken an important step forward by countering the condemnation of gay people in the Church.

However, simply recognising the legal protection of civil unions under the law does not right the wrongs committed by the institution. Just this week the US Supreme Court looked likely to rule in favour of an adoption agency that would not work with same sex couples. The Church’s unmoving view has far reaching unfair consequences.

Although the Church’s stance on homosexuality cannot be altered by papal decree, the Pope could call an ecumenical council to reconsider the Church’s teaching. This is where I hope his support will lead.

Pope Francis’ support may reflect a shift in the ideology of the Catholic Church but it falls short of taking any decisive action. In a world that should be moving closer to equality, the Catholic Church is falling further and further behind. A full recognition of gay people will have serious implications for the Church’s teachings about marriage, the family, celibacy, sex and human sexuality as a whole. Nonetheless, it is a step that must be taken to bring the Church into the 21st Century.

It is my hope that the Pope’s support of same sex unions is an indirect acknowledgment that the Church’s stance towards gay people needs revision and development.

As the UK government frequently reminds us: we are living in unprecedented times. The world is changing quicker than any of us could have anticipated and structural inequalities have consistently been brought to light during this pandemic. In this context, Pope Francis must do more than rightly acknowledge the equal treatment of LGBTQ+ people.

The Pope must take decisive action to ensure the fair treatment of all people.

Society is Progressing Beyond the Catholic Church – A Labour Response

I’m in complete agreement with Hannah on this topic. Whilst it is good to see the Pope finally provide public support for same-sex couples, this move has come far too late. If the Church continues on this trajectory, progressing at an alarmingly slow rate, it will cease to exist.

The only positive thing about this move is that it will provide comfort to many who are conflicted between their connection with the Catholic Church and their human nature. Other than that, it is a reminder of how far behind the rest of society the Catholic Church really is.

Even as late as 2019, the Pope was quoted as saying that “homosexual tendencies are not a sin, but acting upon it is”. This mode of thinking is entirely incompatible with the tolerance that we have come to expect in the 21st century.

I will accept that this is a step in the right direction for the Church. However, there is still a very clear message being made: ‘we may concede from time to time, but bigoted rhetoric will continue to demonise people who we deem as undesirable’. These damaging ideologies still infiltrate society as a direct result of the Church’s influence. It’s time for that to stop completely.

The Catholic Church has been over-exerting their influence on personal matters for centuries. This behaviour is both irresponsible and immoral for an institution that has over 1.2 billion members worldwide because it reinforces outdated concepts of sexuality in society.

This is why I’m struggling to be overjoyed by what Pope Francis has said. I am relieved for the people that have previously suffered at the hands of the Church’s condemnations. But at the same time, I won’t forget how much damage has already been caused. I also won’t forget the fact that they continue to categorise homosexuals as sinful. For many, this is a soul-crushing condemnation of their character.

To make matters worse this scornful behaviour exists within an institution where child abuse is rife. It’s unbelievable that those inside the Vatican peddling bigotry and homophobia aren’t lost in a maze of their own hypocrisy.

A Bizarre Move – A Conservative Response

In responding to the question, “Is this a good move?”, I am torn between two arguments:(1) I am an earnest proponent of gay rights: I simply have no idea why it is anyone’s business to outlaw what consenting adults do with their affections. On the other hand (2) the dilution of Christianity does not do anyone any favours.

To expand on the latter point, I think the ‘liberalisation’ of Christianity is a strange move. It seems as though there is an attempt to make things current so as to attract more of a following. The impetus for this, I suppose, is that the number of adherents in the West has fallen off a cliff.

It is a bizarre course of action, as it will not come close to recapturing a modern audience, but also shows God’s edict (or its interpretation by God’s representative on Earth) to be fallible. Hardly a positive message to send to one’s flock.

Again, to reiterate, I am glad on a personal level that this watershed moment has arrived. However, I remain somewhat baffled that this decision has been taken. Perhaps, the Catholic Church agrees with Mr Rolfe: that they can see society leaving them behind, and are trying to catch up the best they can.

Perhaps, theologically, we are seeing the move of Christianity to pure allegory; that the messages behind the passages of the Bible are sacrosanct, not the literal interpretation.

Either way, to borrow an image from Nietzsche: God is dying, and the Western ‘Age of Reason’ is standing over Him, clenching the murder weapon. The ramifications of this — positive or negative — we shall have to wait for. 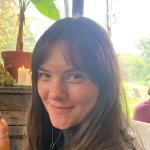 I am a third-year student at the University of Exeter, studying BSc Politics and International Relations. After graduating in the summer of 2020, I will be completing an MSc in Applied Social Data Science. I will also be the Treasurer of the Politics Society, as well as of the Uni Boob Team for the 2020/2021 academic year.

Hello, I’m Alexander Dennis, and I am going into my third undergraduate year at the University of Exeter. I study Politics & International Relations, with a possible year abroad hanging in the balance. My particular interest in politics really started in early 2016: yes, it was ‘Brexit’. I was at once intrigued, and confused, by something so critical. From that baptism, I have become somewhat addicted to political discussion, intrigued by issues ranging from drugs policy to taxation. So I followed my nose: I applied for a degree in the subject.

The Abraham Accord: one-hit wonder or good politics? – Conservative Article