Last November, many people spoke out against the Six Nation’s decision to cancel the final three matches of the Women’s Rugby Six Nations. This is despite allowing the men’s tournament to finish. Ben Morel, CEO of the Six Nations, said it was “an extremely tough decision” which came as a last resort. Both were initially postponed in early 2020 due to COVID.

On top of this, the 2021 Women’s Six Nations have been postponed to at least April, whereas the men’s is planned to commence as usual. Some even speculate that the Women’s may not even be completed again this year. This has brought out some criticism on social media platforms of unfairness between the two genders.

These cancellations are very disappointing, especially during a period where interest in the women’s game is increasing. During the 2017 Women’s World Cup the viewer numbers of the event increased; the number of people who watched the final reached a record high. This merely adds to the unfortunateness of these setbacks for women’s rugby.

Despite criticism towards the Six Nations, people seem to not realise the practicalities behind making these decisions. There is no reason to claim that injustice or sexism caused the two events. In this instance, such accusations are wildly unfounded and blatantly wrong.

This is for three main reasons: first the player levels of the Women’s Six Nations; second the logistics of the tournament; finally the foundational spirit of the game.

Firstly, the Women’s Six Nations deviates largely from the men’s tournament on the player level. Whereas all the men’s teams are professional, England women’s are the only professional team in the tournament. France’s team is only semi-professional, the four remaining nations are amateur.

Team officials need to persuade their respective countries, match organisers, and the Six Nations officials that the matches can be played safely without fear of spreading the virus. Professionally, this is easier due to stricter rules and more responsibility on the players to abide by them.

One could argue that despite being semi-professional and amateur, the players could just as easily isolate and be tested like professional players. Although true, the real issue is the box-ticking the team has to do in order to satisfy the Six Nations officials and match organisers. This issue, however, is true of all non-professional teams and does not solely impact women’s rugby teams.

Secondly, the logistics of organising the events for the women’s tournament are more complicated than that of the men. Due to the varying player level between the women’s teams, many different bodies and organisations must communicate across the different levels of rugby (from professional to amateur). This communication includes organising the match; organising the club/stadium where the match will be played; player transportation; guaranteeing players with being COVID-free etc.

All these become much harder for the non-professional teams because, unlike the England Roses, they do not have the systems or infrastructure in place to complete these tasks as quickly or even at all. This is unfortunate because it overall makes it harder for the women’s teams to play.

But as I mentioned earlier, the popularity in women’s rugby is increasing, and as it does more teams will reach a professional playing level which will allow for greater ease in the long-term.

Finally, rugby is a sport for everyone. Neither rugby players nor rugby fans are defined by sex, race, sexuality etc. If you love the sport, that is enough. The Women’s Six Nations being affected more by the current pandemic is unfortunate. But no more unfair than the impacts everyone has suffered during this difficult time. The Six Nations have not decided to only host the men’s because it has greater viewer numbers (making them more money).

I genuinely believe the Six Nations have done everything in their power to enable any form of the tournament to go ahead during COVID. People must respect the decisions made by the tournament organisers. If the Six Nations feel postponing the women’s matches or even cancelling them is the best course of action to protect the players, that is what must happen.

The Women’s Six Nations has been greatly affected during the pandemic, but we must remember that although this is very unfortunate, it is not some form of inequality or disparity between the players. During this time many have been affected, but it is not the result of the player’s sex that has dictated the severity of the virus on their ability to play. It is just unfortunate.

If people want to see more women participating in rugby, they need to support their local female players. The Roses’ professional level is a testament to English support of women’s rugby. It is just a case that whilst women’s rugby remains less popular in the other five nations, their respective teams will not be able to reach a similar professional status.

People choose what sport and aspects of that sport they consume. The bottom line is women’s rugby is not as popular as their male counterparts. The reasons behind this are a different discussion entirely. This is a non-issue and, in reality, will probably not occur again once we have beaten COVID.

More recognition for female rugby players: they are elite – A Labour Response

It’s clearly not fair to say that those in charge of the Six Nations are motivated solely by sexism. However, the news today that the tournament is to go ahead in April but with a compressed and reduced three-week schedule does perhaps raise questions. The newly devised format will see England, Italy, and Scotland form Group A; Ireland, Wales, and France form Group B. Within these groups home and away games will be played, and then finals and a third-place playoff on the final weekend.

This begs the question of whether the decision to postpone, as Peter alleges, is truly about a logistical inability to arrange testing and isolation bubbles for the players. I am not saying that the decision was overtly sexist. In fact, I think the postponement may help the women’s tournament in some respects. However, there is a clear issue over how much effort the organisers, unions, and governments are putting into the women’s game.

England is the sole professional team, while other nations such as Wales and Ireland have governments who do not even recognise their international women’s teams as elite. I think that even though the Irish women’s team are officially amateur they deserve the recognition of being elite sportspeople.

For example, in other sports such as boxing, being an amateur is no barrier to being ‘elite’. The Olympic gold medal goes to a nominally amateur fighter; I doubt anyone would suggest a gold medalist is not elite (especially to their face). These women are at the top of their game and deserve the recognition of maximum effort being put into enabling them to play.

Moreover, following the cancellation of games last year, these games are essential to the 2021 World Cup qualifying process; Irish, Italian and Welsh games being counted both within the Six Nations and the qualifying process. They are going ahead in April, but this leaves little time for injury recovery and scheduling time off work. In this way, the rescheduling may have detrimental effects on the careers of individual players.

On a more positive note, the April date will mean that the tournament runs as a stand-alone event. Not overshadowed by the men’s tournament. Hopefully, this means all the games will be televised and that their popularity will continue.

Peter is right to suggest that this will situation is unique to pandemic era rugby, but I would like to see all women’s rugby teams that compete in high-level sport given elite status. I hope that if viewing figures continue to rise in the women’s game, despite the April schedule, the organisers and broadcasters push for the tournament to be a stand-alone event (just not in April). This would further the independence and recognition of the women’s tournament.

As soon as the Women’s Six Nations tournament was postponed, social media fired sexist messages and comments to players, organisers, and clubs. The classic “Why should I care?” and “Oh well we don’t mind’ featured far too heavily.

This prompted a movement from Bristol Bears player, Stef Evans called #icare. The campaign looked to highlight the love for the sport and received the backing from many of their male counterparts. Although the postponed tournament now sits in a ‘free slot’ in the calendar, TV rights are yet to be decided. Let’s not forget, at the same time as the women’s tournament got postponed, so did the men’s U20 Six Nations. Yet “Why should we care?” calls were far in the distance, if at all there.

Peter says that the organisers have done all that they can. I agree that at this stage they have. However, looking at the bigger picture, World Rugby must look at how they can develop the women’s game so all teams can compete to a somewhat high professional standard. This is the only way that we can ensure that the women’s game continually grows and improves.

Although the Roses are at a professional standard, many English Premiership clubs are without a women’s team. This makes it difficult for women to choose rugby as their career path. If the rugby governing bodies are serious about making the women’s game more professional, then they must give them the same exposure and opportunities as the men’s game. Otherwise, a level playing field will never be achieved. Give them the international opportunities by investing programs in countries to help develop the women’s game.

One should question why World Rugby hasn’t done more to help support the team’s where women’s sport is still amateur. Surely if your men’s team is competing professionally, then your women’s side should be either very close behind them or at the same level in their respective game?

In 2021, it is hard to believe that a sport that has such a high international following, one that’s core values is a ‘game for all’, still puts the women’s game on the backfoot. We need to do all we can to ensure that everyone cares about the women’s game. #icare 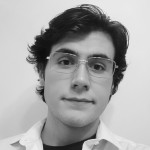 This author does not have any more posts.

I am entering the third year of a BA in History and Ancient History at the University of Exeter.  I have a fascination with the past otherwise and you would hope so, otherwise I may have chosen the wrong degree. But, writing for POI gives me the opportunity to talk politics which is something I simply can’t avoid.

Bezos in Space: A Great Step Forward For Humankind – Conservative...